The making of my Summary…

Maybe because I’m a bit nuts, I have always challenged myself to use a new tool for the Summary of Learning projects I’ve done for my grad classes with Alec.  This go-around was no exception.  I narrowed my choices down to two: Genial.ly and Sutori. Ultimately I chose Sutori because it had the least amount of options for creation!  Both can be used as presentation tools… but Genial.ly has WAY more capabilities than just a presentation tool and I did not want to fall into a rabbit hole.  Check it out for yourself!

Because I knew I wanted a way to include links to some of the content but still needed a way to share my learning in a “watchable” format for class, I “presented” my Summary of Learning on Sutori and captured it using Screencastify.  The link to the presentation on Sutori is here –SUMMARY OF LEARNING PRESENTATION.   When you view it as a presentation, you will notice the arrow beside some text.  Click on the arrow and it will open a hyperlinked site for you.

The one link that I think everyone needs to explore is Top Tools for Learning 2019.  We have talked about or used a variety of these within our class this semester, but some of them are new to me and I am looking forward to exploring them.

As part of my #eci831 Summary of Learning, I curate a #wakelet of some of the tech tools/apps we used in class. #wakeletwave #edtech Check this out – Ed Tech Tools via @wakelethttps://t.co/kSnZD0VDsL pic.twitter.com/JP0FSgR3EK

As mentioned in my Summary and on Twitter, I curated a Wakelet of some of the Ed Tech we used this semester in class – check it out HERE.  I’d love to have more contributors – shoot me a message!  (and yes, I know I have a grammar error in my Tweet.  Ugh.)

As I mentioned, I used Screencastify to capture the entire presentation as well as to record a Star Wars Intro Crawler I created using part of our course syllabus.  Unfortunately this got cut from the presentation because my video became too long!  So, for your viewing pleasure, here you go!

I used Bitmoji for the cute little avatar likenesses – Bitmoji Kyla is way more put together than Real Life Kyla this last week, that’s for sure! 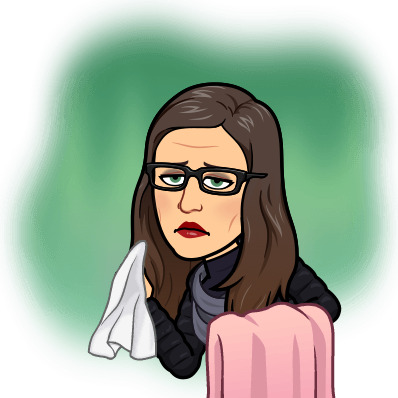 and I used Canva to create two of the images in the presentation:

Those are the highlights!  I hope you enjoy my summary of learning as much as I enjoyed my time in class this semester!

KYLA’S TOP TAKEAWAY from class:  Wakelet.  It has changed how I organize information in all aspects of my life.  Seriously.

I humbly present my Summary of Learning for EC&I 831.

Disclaimer:  I have a terrible cold and my nose is red and runny… hence, no webcam views of me.  You’re welcome.

My final summary of learning for EC&I 831: Social Media and Open Education:

In my summary of learning, I wanted to capture everything I have learned over the last few months. I thought it would be fun to incorporate the top 5 social media apps that we discussed in the course and challenge myself to use or understand the apps.

I hope the brief social media interludes in the video highlight some of the obsessions and common uses of the apps. I will say one thing – if you have not downloaded TikTok, be careful. I fell into a deep, dark hole of videos for over 2 hours…you’ve been warned!

Secondly, I originally wanted to include Rick Mercer style rants addressing the main issues and topics in EC&I 831. I quickly realized that it is impossible to film in the “rant” style as a solo videographer with a selfie-stick and an iPhone. In the video, I discuss the topics that resonated with me the most:

Lastly, I tried to incorporate all my editing skills acquired over the last couple months with WeVideo, like video overlaying.

I hope you enjoy the video!

P.S. Thank you to my sister and brother-in-law for letting me use their business, Assiniboia Gallery to record the video. No baby or dog distractions!

Have you ever taken a teenager’s device away from them?  Or expected them to shut it off or go without it while they are in your classroom?  I have teenage children.  Those devices are their lifelines.  They would rather gnaw off their own limbs than give up their phones.

I used to teach Media Studies 20 (until my school cut it… which is a whole other conversation).  At the beginning of our digital citizenship and digital literacy unit in MS 20, I asked the students to “unplug” for 24 hours.  Essentially, the students were asked to give me their cell phones and I locked them all in the school safe for 24 hours – my phone included.  When I introduced the experiment, I got all sorts of reactions.  Some students smiled – “piece of cake!”  Some students hyperventilated.  A few students cried.  One student threw her binder across the room and walked out of my class to the office and demanded to drop the class (she was denied).

HOW DARE YOU ASK US TO DO SUCH A THING?

I sent a letter home to parents explaining the experiment we wanted the students to participate in.  To earn full marks, they had to agree to give up their phones for the entire 24 hours.  For partial credit, they could give the phone up for the school day – from 8:30 until 3:35. The reactions were varied.  Some parents wrote me letters asking me to excuse their child for “safety reasons” – they had to travel on the highways, or babysit, or they had medical issues.  (Not sure how we all survived without so much as seatbelts in the 70s or with all the horrible hairstyles in the 80s, or riding bikes without helmets, not to mention that the school still has a LAND LINE that students can use to call home).  No problem.  Take your partial credit.

A few parents called the school to complain about my use of power over their kids.  One parent called and told admin that what I was asking was against the law.  Admin backed me up, bless their hearts – one of the VPs even threw his cell phone in the safe with our class phones for a sleepover!   A few parents thought it was such a valuable idea that they sent THEIR phones to school to be locked up with their kid’s phone and planned a family game night!  Boy, were those kids thankful for me and their parents!

Of course, all of the reactions (overreactions?) were discussed.  Students learned SO MUCH from the experiment.  They journalled about their feelings when the experiment was introduced and answered a series of questions when the experiment was over.  Many found that they actually enjoyed the time being unplugged, after they got over the initial feeling of having lost a part of themselves.  The experiment was intended to make the students think critically about their use of technology and about the power media has in our lives.  Critical thinking is EXACTLY what students need to learn in order to be successful in our digitally reliant society.

We live in a time of instant access to information.  It’s a blessing in many ways and can make life easier for some people.  However… there is a huge gap in access for many people as well.  As educators, teaching in a world where knowledge is obsolete can be daunting.  It isn’t how we were taught, for starters.  I graduated high school in 1993.  My teachers during high school, for the most part, had an Objectivism approach.  Upon entering the Faculty of Education, my instructors were more in the realm of Constructivism.  I talked about this in a blog post last fall when I was taking EC&I 833.  Today’s learners rely upon a Constructivist/Collaborative approach.  They really need to know what to do with all of the knowledge that can be found at their fingertips.

In his Ted talk “Knowledgeable to Knowledge-able,” Michael Wesch says “What’s in the air is … the digital artifacts of about two billion people on the planet connecting and sharing and collaborating.  We need to move our students from simply being knowledgeable (knowing a bunch of stuff) to be knowledge-able — able to find, sort, analyze, and ultimately criticize and even create new information and knowledge.”

Being critical thinkers goes hand in hand with being good digital citizens.  My colleague, Curtis, talked in his blog post about how the Tech Team in our school division is a big proponent of digital citizenship and promoting a positive digital identity.  “In addition to knowing what is positive, safe, legal, and ethical behavior online, respecting intellectual property, managing personal data, maintaining digital privacy and security, and being aware of data-collection technology…  will become the building blocks for students in an online space.”

As the NCTE state in their definition of 21st Century Literacies, “[b]ecause technology has increased the intensity and complexity of literate environments, the 21st century demands that a literate person possess a wide range of abilities and competencies, many literacies. These literacies are multiple, dynamic, and malleable.

Active, successful participants in this 21st century global society must be able to

My favourite site for resources with which to achieve these outcomes is MediaSmarts.  There are so many ready-to-use resources and lessons that can help educators, especially those who may have grown up in a different era (ME!), teach the students who are in our classrooms today.

And, because I loved the original advertisement and all it taught me as a child, here is House Hippo 2.0.  A fantastic, quick watch to help start a conversation with your students about what is real and what is fake in our digital world.

What do you do to help students develop critical thinking skills in a society that bombards them with media?

This site is a collection of student blogs associated with the open-boundary course, EC&I 831: Social Media and Open Education, offered by the Faculty of Education, University of Regina.